So who says that fashion is only for girls? Certainly not the organizers of this year’s Toronto Men’s Fashion Week (TOM*)

TOM* is the eighth Men’s Fashion Week in the entire world. While only in it’s second season, it is already competing with some of the world’s most renowned fashion capitals, including Milan, Paris and London.

This season, TOM* came back strong and brought heavy awareness to Canadian menswear. Major promotion leading up to the event helped showcase the leading Canadian menswear designers , as well as their work. Pre-parties, after-parties and the closing party were as fabulous as the runway shows themselves.

Although all of the shows were fantastic, these designers in particular stood out. 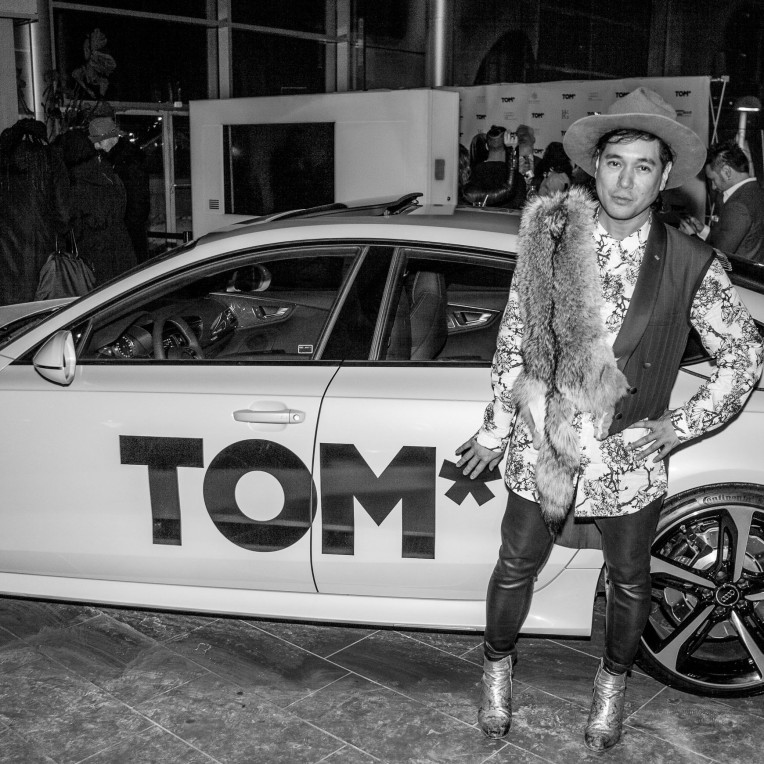 Garrison Bespoke: Nothing quite like a man in a classic, tailored suit. Garrison Bespoke presented unique pieces with a mix of colour and patterns to make the everday suit fun and show-stopping. However, when you can make suits out of fire-resistant and bullet proof fabrics… Well you just bring the fashion game to another level of awesome.

Rank by Rani Kim: Double-knit, mixing and matching fabrics were highlighted by pops of neon and editorial avant-garde. One of the newer faces of fashion, Kim playfully experimented with shapes, layers and texture. This girl was not afraid to step outside of the box and let her creativity run wild.

Christopher Bates: While the iconic designer left us Canadians to further expand his line in Milan, Bates returned to Toronto just for TOM* to show his Fall/Winter collection on the runway. He mixed wearable pieces with leather accents in a variety of colours. The sold out show was nothing short of what we have come to expect from Bates: Modern man meets James bond.

Not only did TOM* draw in the big names of fashion, but the entire week also drew in quite a bit of tourism to check out the hype. This provided a boost in the industry and economy, which is pretty incredible considering that this was only the second season. TOM* represents the new millennial man who is unashamed about loving fashion and dressing for success.