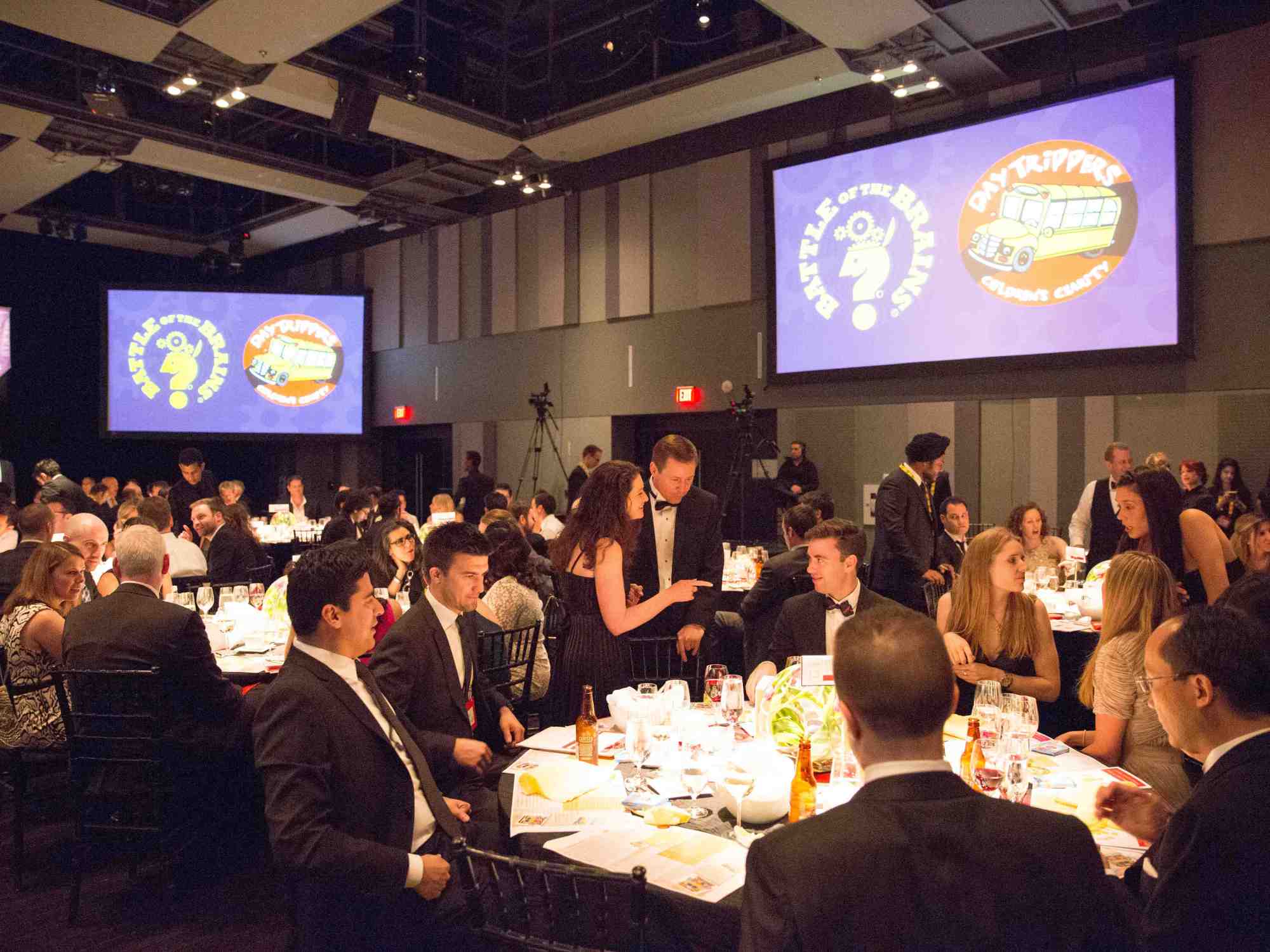 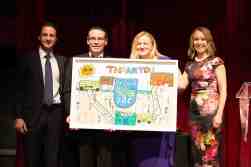 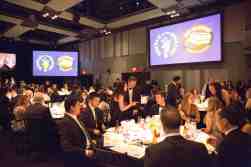 Do you remember what it was like to go on a school field trip? As a child, the idea of taking a break from the traditional classroom setting to go off and do something fun for the day was beyond joyous.

Daytrippers is a non-profit organization that provides the exciting opportunity of school trips to children who are not able to afford the costs that come with them. The organization helps kids grade 1-8 coming from low income families and far reaching areas, meaning schools that are prohibited to get kids from far distances

For 21 years, the organization has thrown a playful and interactive gala called the “Battle of the Brains” in which guests are challenged while having fun with a jeopardy style game that can be pleasantly competitive.

The evening, which took place at the Daniel’s Spectrum in Regent Park included lavish cocktails, a 3 course meal, and was hosted by none other than CBC’s Amanda Lang.

“This is a social community centre and arts centre. This is exactly the type of neighborhood that our organization serves. And by hosting the event here, we’re not only able to raise funds and sponsor what we do as a core function, But we are also able to invest our dollars that we are spending into this event, back into the community,” said Joy Savage, Co-Chair for Battle of the Brains.

Some of the organizations who came out to support the event included RBC, Manulife, and Capital One (who ultimately ended up winning the Battle Cup this year.)

So, why Amanda Lang as a host for the evening?

“We have a different host every year. We love to bring in people who resonate with the community that supports us (Daytrippers) which would be investment banks, consulting and accounting firms, and law firms. We also look for someone who people recognize in a more serious capacity and can come out and have a little fun with the trivia concept,” says Savage.

The overall evening was a massive success with a sold out dinner gala and after-party, which proved to be an excellent networking opportunity for young professionals in the city.

“The Battle of the Brains after-party is our way of connecting with younger supporters who can’t afford a gala ticket yet, but still want to help out,” says Savage.

For more information on Daytrippers and the Battle of the Brains gala, visit http://www.daytrippers.ca